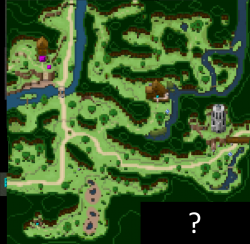 The Southern Domhan Forest is the first part of the forest you will explore.

The Southern Domhan forest is surrounded by thick wooded timber and gentle streams. It is a fairly hostile area without a lot of travel seen by citizens of the land.

A critical route between the Domhan Outpost to the west and the Domhan Wetlands to the east, it has a military presence to keep the roads safe for brave travelers.

The eastern edge of the Domhan forest has the Ramparts, a military encampment setup by the Royal Guard. The Ramparts serves as a base of operations for their primary objective of securing both the forest and the wetlands.

This location is not yet released.